I was halfway through a note to Spotify when I saw one of the greatest pop singles of all time, Together In Electric Dreams, incorrectly credited to Human League, rather than Giorgio Moroder.

Glad I did my research, though. I had forgotten that this was a collaboration with Philip Oakey. It’s not a Human League track, but they consider it one of their Greatest Hits and still perform it at concerts.

Nice to find it on the playlist today though. I can highly recommend the Spotify Stations app as a shortcut to your pool tunes. 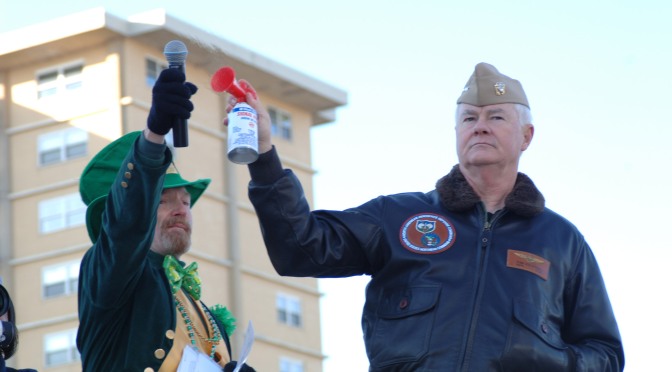 that air horn is blowing away

the loud air horn from making itself the discussion

They Might Be Giants – “The Neck Rolls Aren’t Working“

Relying on the 100% Accurate, Exhaustive, Methodical process from Mr. Gerbear, I hereby award this year’s #Eurovision points. Australian Jury, you have your marching orders.

As always, this is based on a listen alone; I haven’t seen or heard the televised performances, so if someone bums a note or has a notable bum, I haven’t been swayed. We’re doing science here, people.

Here’s the full list. I’m as surprised as you are about some of the positions. Especially Spain. Am I a tree*? 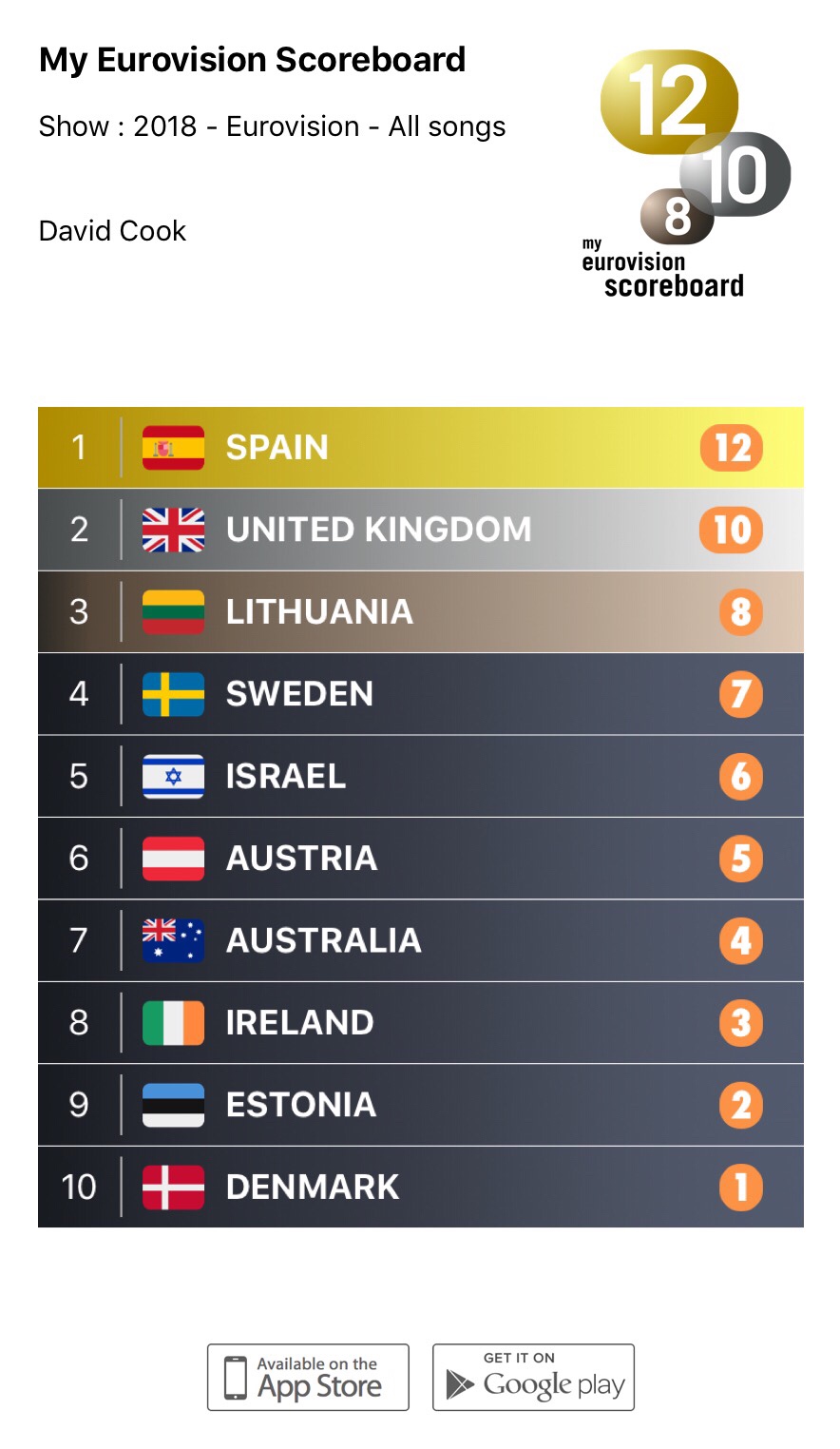 UPDATE: Moar science – this suggests my controversial pick of Lithuania at #3 has support in the extant literature. Science!

Looks like another in-depth analysis of Eurovision voting is in order. Stay tuned until after the spoiler period has passed in Western Australia…

Here’s my prediction for Eurovision this year. Russia will undoubtedly win, but Malta brought a banger this year.

This top 10 is based on The Song alone – I haven’t seen any of these acts in action, so I reserve the right to edit these after the second semifinal.

Who gets your vote? 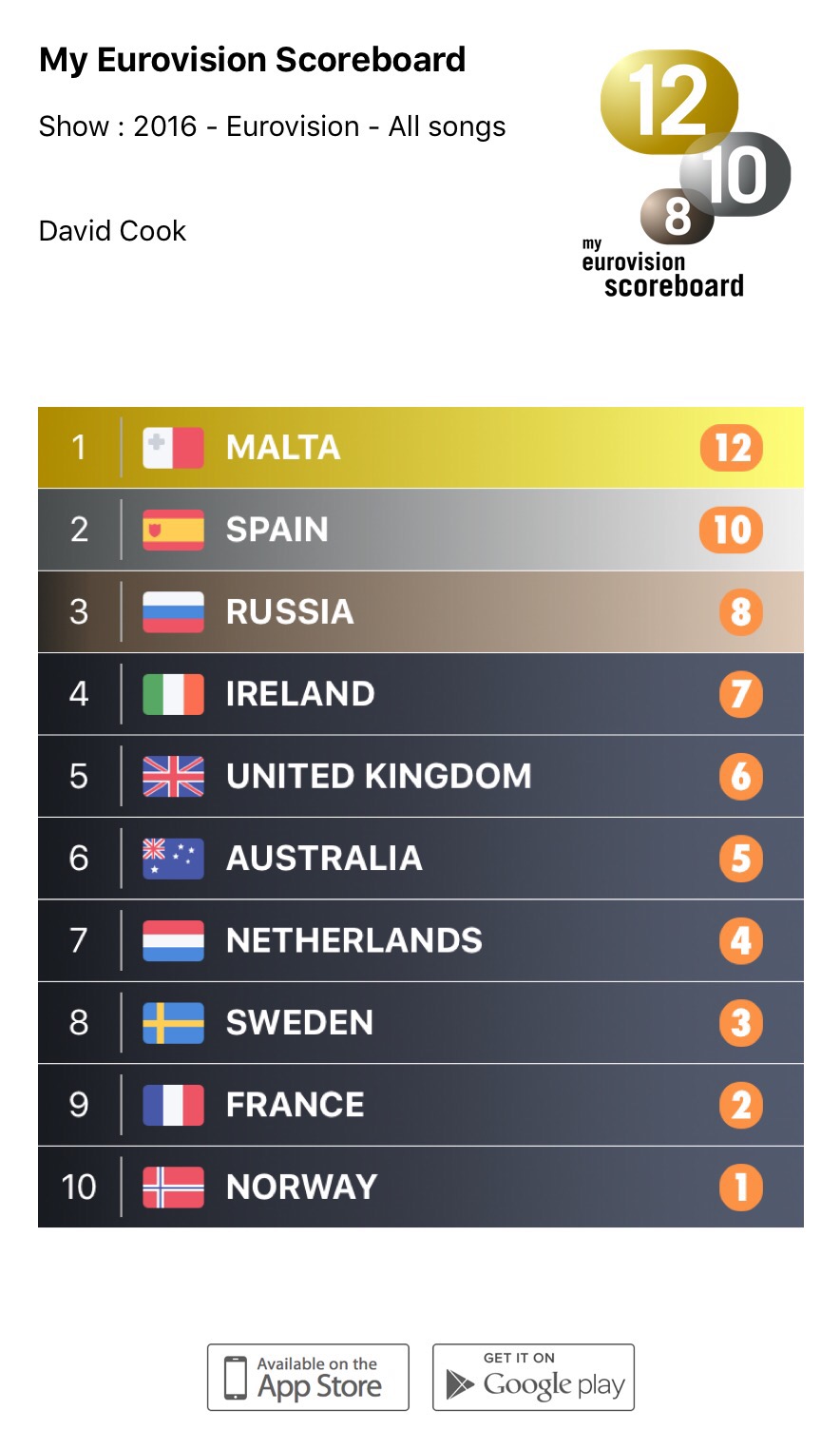 “The crickets sing a song for you”, also. It’s all about the rhythm, not the melody.

Just rediscovered this audio file I put together a few years back. Worth a listen with headphones.

Australia’s 5th placing in Eurovision 2015 was an outstanding result for a first (and only) time contender. ‘Our’ performance in last night’s final proved that Guy was the right Guy for the job.

It was heartening to see Sweden (the winners) and Austria (the hosts) putting Australia first in their voting; but there are 4 nations who registered ‘nil points’ for the Aussies, and, in that light, their friendships should be reviewed:

PORTUGAL: I have some good friends in Portugal, what gives, guys? Boycott Nandos Chicken.

AZERBAIJAN and GEORGIA: come on, Turkey would have been totally cool with giving us some points they’d been here this year:

Congratulations to Guy Sebastian – Ministry for the Arts http://t.co/TVoyfyOCR3 #Eurovision2015

Glad we only gave you guys a point to share. We can’t really go after any of your multinationals, so let’s just be spiteful and rethink buying baklava.

CZECH REPUBLIC: Might be time to reconsider that Škoda.

UPDATE: It’s worth noting that the hosts, Austria, had the wurst score from the final, receiving not a sausage from their guests. That’s kinda rude, right? They can cry in their beer with their German friends, who also left voteless.

First screenshot from the new toy

For the few who have asked;  Spandau Ballet’s concert at Sandalford Winery on the weekend was outstanding.

(Yes, this WAS also going to be a Tears For Fears review, but circumstances conspired against us. ‘Shout’ was great ‘drive up’ music, but was the last of the Fears’ set. Sadface.)

Unfortunately, many Australian dates will lack the outdoor setting for this ‘Reformation’ tour, which only added to the party atmosphere in Perth. Thank your chosen deity for perfect weather, an enthusiastic crowd and an organiser who knew how to get them from place to place*.

Opening with a brief retrospective video, Gary, Martin, Tony, Steve and John were back into the groove like they hadn’t left the stage for 20-odd years.

Each track (and mix) was album-perfect, amped up just the right amount to give them a new sheen. None of it is broken – they didn’t try to fix it. Ahead of the concert, I was worried that they would return to the overweening private-school earnestness that marked some of their earlier recordings, but for the most part, they got on with the job of delivering sugar-free 80s, mercifully filtered through the wisdom of years. They are putting rockers half their age to shame. Tony’s voice never wavered, and sounds better than ever.**

The setlist is available – heavy on the big hits and one new track to sell, ‘Once More’, the title of the 2009 album of the same name. Standouts for me were ‘Instinction’ and ‘Always In The Back Of My Mind’, both getting more than a breath of new life (and leaving me disappointed with the current recordings…). ‘With The Pride’ was stripped back to guitar and voice – beautiful. ‘Through the Barricades’ lifted the roof of the venue (or would have/will do). There was also a walk down memory lane of all home-video footage, which prompted more reverie about hairstyles and fashion than music.

The new album contains a few laid back re-imaginings, and is worth tracking down, if only for ‘With The Pride’ and the new single.

Judging by the comments and publicity around this tour, it seems like this really is ‘Once More’ – a reunion/farewell concert. Although the team makes a point to show what great friends they are now, there was no mention of the new album which is due this year, or any more new material. This concert rests on laurels, and doesn’t raise any new standards.

If, as I suspect, this is the last chance to catch them, I’d go for it. They put on an awesome show.

P.S. A different review of the same show posted on the official site is a curmudgeonly tale indeed.

* Brickbats for ‘Advanced Traffic Management’ who delivered only 1 of the three promises in their name while presiding over near-criminal levels of post-event gridlock. Sack ’em, Sandalford. Even their website is a shambles.

** Once you get past Tony’s resemblance to KD Lang these days.

A marketing operations expert by day, muso/journo/geekdad by night, who just wants robots and humans to get along