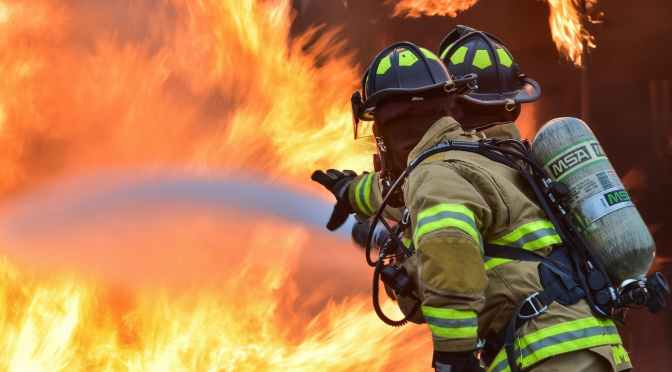 Unfortunately, it’s that time of year again – to post a list of useful online resources to use if you’re concerned about bushfires in Perth.

Wish I didn’t have to update this Perth Fires Useful Links list at this time every year.

It looks like this week’s ‘Morning Cafe’ with Rod on the wireless was a timely one – lots of bushfires underway or likely to be caused by continuing hot weather in Perth and WA.

We spoke about some of the ways that technology can help you stay informed when trouble strikes, but the real trick is preparation: knowing who to trust for information, and what to do with it.

Today saw the release of a report into how WA’s fire and emergency services dealt with February’s bushfire outbreak which destroyed 71 homes in the Perth Hills. It’s not a happy read, especially for the FESA CEO who has stood down based on what the inquiry learned – that the communication and co-ordination of the various response organisations is dysfunctional, at best.

At the time, I and others sought to piece together what we could from various snippets of web-based information. There was no central clearing-house for information. People relied on rumour and gossip and talkback radio. It quickly became obvious that WA’s emergency services did not have a clear idea of what was going on, nor how to communicate what little they did know.

We, online and out of danger, had had our expectations raised by the excellent response by the Queensland Police Service (and others), who carried out a well-oiled Social Media blitz to respond to the threats of Cyclone Yasi and the Brisbane Floods. The report suggests the Queensland authorities have a model worth imitating.

However, the report is lukewarm about the potential for social media to play a role in emergency responses. Recommendation 33 looks at how the ABC and the Fire and Emergency Services Authority could work together to get emergency warning messages out where they should be – with the people in danger. When the inquiry discussed the issue of Social Media with those people, it appears the target audience didn’t notice the lack of official Facebook and Twitter updates, or care about a haphazard social media strategy. The report cites “age demographic” and “power supply” issues, which roughly translates as “Hills people are too old, and forget to charge their mobile phones”. (I posted an ironic take on this approach at the time.)

The report does challenge FESA to get their web presence in order and figure out how to get useful content more accessible, and work with the ABC on a strategy that combines multiple channels, including Facebook and Twitter, to get the ‘message’ out. (I particularly like the way the report makes a clear distinction between emergency ‘messages’ and ‘media coverage’.)

The Perth Fires were notable in that there was no loss of life, despite widespread damage and loss. The report implies that was down to good fortune rather than good management of the emergency response. I dearly hope that lessons are learned before the start of the next fire season and that all the tools are sharpened and ready to be swung into action, social media included.

(Note: this post was written in response to the lack of government involvement in Social Media support of the event explained in this post. I actually believe the opposite, but was interested to explore the alternative side of the argument as a writing exercise. I am not associated with, nor represent the views of, any government department.)

Social Media is marketed as a meeting place for place for friends to discuss opinions and day-to-day activities. It is not moderated or vetted in any way, and mis/disinformation carries as much truck as the gospel truth.

We prefer that official channels remain separate from a crowd-sourced approach, and not a participant in it. We value the ability to be able to ‘cut through’ the noise with predictable, measured responses that people can anticipate, rely upon, and trust. By operating a twitter or facebook account we run the risk of becoming part of the noise, and of needing to compete for attention against other internet users, in some cases, the very people we are trying to advise.

It is far better to remain silent when the risk of inaccurate information may cost a life. It is better to have people actively seeking information from official sources (via phone or by switching on a radio) than to allow them to put their trust in what appears to be an official source. It is difficult to differentiate between official and unofficial sources (and credible and incredible stories) in the social media sphere, especially if people decide to impersonate officials or organisations via unverified accounts.

For example, during the recent Queensland floods, a rumour was spread via social media that an important dam had developed a crack and was about to burst, and that an evacuation centre sheltering 500 people had lost a roof. People were needlessly panicked, and resources had to be devoted to dispelling myths, rather than delivering useful, true, verified information.

2. Social Media Has No Filter

We prefer to issue alerts directly, via a website we directly control, or through media outlets we trust to handle our information with accuracy and sensitivity. Credibility and trust are critical commodities when people are being asked to make critical decisions quickly. Information made available through official governmnent sites goes though a number of levels of review – some may see that as bureaucracy – others may see it as appropriate governance.

Government departments and news organisations have reputations to maintain and are held accountable for the information they serve – they will not jump at shadows as willingly as some self-elected social media mavens may choose do, even with the best on intentions. It is better to remain a separation between a social approach and an official approach.

Social media also depends on unreliable infrastructure. As robust as social media services are, they are not infallible, and have not been built with mission-critical infrastructure. A twitter ‘fail-whale’ should not become a reason that lives are lost.

The people most in need of emergency assistance are those least likely to own or operate smartphones, twitter and facebook accounts. It is better to focus efforts on communication methods that will reach everyone – including those with smartphones and twitter accounts.

Social media does not have close-to-100% population coverage, as traditional media does. Despite figures touting a broad adoption of social media, in times of trouble, people revert to simpler, more direct communication channels, like telephone and radio. SMS is not a guaranteed delivery mechanism for vital information, Twitter and Facebook even less so.

Social Media in Crisis Situations is a Dumb Idea

Government departments are experts in crisis management – and know that it is better to confront a challenging emergency with ruthless economy and certainty. More information is not better information, and is more likely to do harm than benefit. Social media is a useful tool, but it is not the first one we reach for in crisis situations.

I wish there were more official sources to reference here, but WA emergency services are really letting us down – maybe we’ve had our expectations raised by the excellent use of these communication channels in Queensland recent weeks. Perth media has been slow to ramp up; but AM radio is by far your best source.

FESA is now DFES – Updated, Permanent Links list now here – the rest of this page is out of date.

END_OF_DOCUMENT_TOKEN_TO_BE_REPLACED

Oh, ho. So NOW it’s a story.
Today, the electronic media’s been choked with stories of Perth’s smoke blanket. Seems it’s a major issue all of a sudden, now that the city and northern suburbs are seeing ash falling on their cars.
Nevermind the fact that this all happened in the southern suburbs on Sunday, soon after the fire started. That it happened north of the fires on Monday and Tuesday.
Seeing that there’s not a single news media outfit of note in the southern suburbs, and probably a higher proportion of ash-covered media executive BMWs around the Tuart Hill area (north of the river), it’s pretty easy to see which way the wind’s blowing in Perth media these days.

Right now, there’s a serious bushfire threatening homes to the east of Perth, which is sending out a huge cloud of smoke over the southern suburbs. It’s raining small pieces of ash, which look a lot like snow. It’s hard to breathe. The Subaru is getting dirty.
It’s times like this that the Internet proves its usefulness. Given that it’s not ‘top of the hour’, there are no radio reports to tell us what’s going on. (We’d have to wait until tonight for the TV news report, and tomorrow for the newspaper report. ) Heaven help us if the fire’s a few streets away.
Turning to the net, I’m informed:
* The CSIRO Sentinel shows us roughly where the fire is, and also a satellite photo of the amount of smoke which is being thrown out. Seems it’s over the back of Jarrahdale, an area of thick forest which is about 50ks away.
* ABC News Perth posts reports online for me to review at my leisure. People are being forced from their homes.
And it also seems some lackwits have been very busy overnight – lighting fires. Man, I hate school holidays.
Ainslie’s got out the law books and decided that we’re missing an important set of laws which connect property damage with crimes against the person. If someone gets killed or seriously injured as a result of these fires, as we saw happen just last week in South Australia, the dimbulb with the box of matches should be facing 20 years for manslaughter.
I propose a less circuitous route to justice: let the arsonist responsible for a major blaze be airlifted into the middle of the next one. Actually, let’s make them useful: put some firefighting equipment on their back (Let it not be said that I’m a man without compassion.)

Big Day Out at Armadale Highland Gathering
A fling was flung #armadalegathering #highland
aww yeh pleasant park is lit all up in here and we emoting all sick like and please send help because words don’t have meaning any more it’s a serious problem
Nice try, Hallmark
The Great Extinction at #wasocomiccon
Apparently, this needed to be done @blackboxpuzzles

A marketing operations expert by day, muso/journo/geekdad by night, who just wants robots and humans to get along